During Ayşen’s journey to Catalyze she worked as a Family Physician, Refugee Health Coordinator, and at a young healthcare start-up. Today as Project Manager at Catalyze, Ayşen provides strategic support and guidance to our partners conducting research & innovation projects funded by major European funding programs. In this article, Ayşen shares more about her captivating journey from Istanbul to Amsterdam.

Identifying an opportunity for wider impact

Ayşen’s background is in medicine, which she practiced for 3 years as a family physician in Istanbul. However, she came to the realization that the medical care she provided was not a sufficient cure to the issues that her patients were facing.

Ayşen explains, “After three years, I realized that I didn’t want to continue practicing medicine in the same way and I resigned. I felt limited by the healthcare system and I wanted have a bigger impact.”

Subsequently, Ayşen left Istanbul to study a master’s degree in European Public Health at Maastricht University, the Netherlands. During her masters she developed a better understanding about migration and its effects on health. The timing was apt, providing her with fresh inspiration for how she could apply her expertise to this area.

“It was 2013-14 and one couldn’t stay indifferent to the Syrian conflict and its devastating effects on millions of people. Turkey was and is one of the key countries in the region and still hosts over 3 million Syrians – the largest refugee population in the world.”

After completing her masters, Ayşen returned to Istanbul with renewed ambition and began a new role as a Refugee Health Coordinator at the International Organization for Migration (IOM)(United Nations Migration Agency). In this role Ayşen provided invaluable medical support to refugees, coordinated several health programs, and established a medical team in Turkey – including the first health assessment centers of the country mission, one in the capital Ankara and one in Istanbul.

Ayşen describes, “I was the first medical staff they hired. In the years since, the organization has grown enormously – in the Istanbul office alone, from 20 to more than 100, and the medical team from 1 to 40-50. I am proud to have been a part of this growth. This involved building two teams of doctors, nurses and data management staff.”

During her role as a Health Coordinator, Ayşen took a new step, outside of the clinical setting in which her career had previously developed.

“My IOM experience was definitely the most important career step and for a cause close to my heart. I learned so much in very little time. We worked incredibly hard, but it was extremely fulfilling. This experience also showed me that a different career (other than being in the clinical practice) is possible.”

Relocating – a fresh start in the Netherlands

Throughout these changes in career, Ayşen recalls facing the challenge of starting anew in a different role.

“One of the true challenges I had professionally was to avoid feeling that I am starting over. I was a medical doctor which gives you a certain seniority at the clinic.  At IOM, I was the most senior national staff in the medical team. I am used to managing teams, and I had to leave that seniority and experience behind – up to a certain level – when I moved to the Netherlands.”

Bringing innovations to life at Catalyze

After spending one year experiencing the start-up culture, Ayşen became well acquainted with the struggle faced by all start-ups in the need to find funding.

“I realized how important and stressful it can be to secure funding regardless of the company idea, mission and goal.”

During this period Ayşen found and applied to a vacancy at Catalyze, leading her to join the team as a Life Sciences & Health Consultant.

“I joined Catalyze as a consultant by the end of 2019. I had a supportive team and great colleagues, but I can’t say it was an instant click, job-wise. I wasn’t sure if I would enjoy a lot of writing. It took some time to get used to.

“From the beginning, Catalyze came across as a healthy organization. I felt that there is a good company culture and positive energy. People were motivated and professional. Many people from different educational and cultural backgrounds have joined the company since I started. I am happy to see more diversity at the office.’’

Despite hitting her stride as a consultant, Ayşen felt she could find a better fit within Catalyze, leading her to begin a new role as Project Manager in the Project Management team.

Ayşen explains, “After two years as a consultant, I realized I could do it, but it wasn’t the best fit. I had been considering project management for a while and I made the switch in January (2022). In this role I can better use my experience in managing challenging situations, problem-solving, and acting as a liaison.

“Naturally, consultancy experience is an enormous help. I understand the hard work and challenges up until winning the grant. Now I continue to support the same clients, only on the other side. Because it doesn’t end once you get the grant, it is only the beginning.’’

To find out more about working at Catalyze, visit our Careers website.

How can we help you on your innovation journey? Contact our experts today.

We were thrilled to be able to celebrate another successful outcome of our long-running partnership with Perha ... 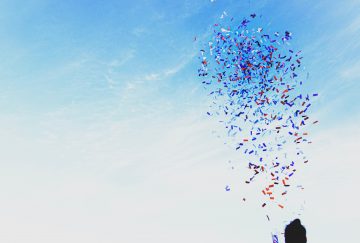 Catalyze is proud to announce the success of our partner Praxa Sense in the most recent Eurostars round, where they ...

During Ayşen’s journey to Catalyze she worked as a Family Physician, Refugee Health Coordinator, and at a young ...