AMT Medical CEO Rutger Tulleken and Catalyze have an age-old collaboration dating back a decade before the inception of AMT Medical, and to the very early days of Catalyze. Since Rutger Tulleken founded AMT Medical, Catalyze has supported their applications to numerous major grant programs, with funding awarded by many, such as Eurostars, MIT R&D and FTI from Horizon2020. It was our great pleasure to speak with Rutger Tulleken, CEO and Getlin Visser, CSO, and to learn more about the story of this exciting, revolutionary company. AMT Medical are pioneering a new, life-saving technique for heart bypass surgery, with the aim of making open-heart bypass surgeries a thing of the past.

An average of 4,500 European citizens die every day of coronary artery disease, due to the blockage of blood flow caused by build-up of cholesterol. This can lead to chest pain, angina (discomfort), shortness of breath, and ultimately, a heart attack. In order to improve blood flow to the heart, surgery is performed by coronary artery bypass grafting (CABG). Over 95% of CABG operations are performed in an open-heart setting, sometimes requiring the heart to be temporarily stopped. Unsurprisingly, this is a very high-risk surgery; patients may die or have other severe complications, such as wound infection, stroke, or heavy bleeding. In addition, it is a lengthy procedure for the patient with 5-14 days hospitalization and a further 3-6 months to full recovery. Staggeringly, 250,000 patients undergo a CABG each year, in the EU alone.

AMT Medical are seeking to transform this paradigm through their development of a closed-chest, minimally invasive surgery without sutures, which can be performed on a beating heart. The technique – called the ELANA Heart Bypass – involves bypassing the blocked vessel using a donor vessel, which is connected behind the blockage using AMT’s heart clip. The path through the new vessel is then opened by a laser catheter (pictured above), allowing blood to bypass the blockage. Patients of this surgery can then heal much faster and require less postoperative care.

The ELANA bypass – a groundbreaking invention

Before AMT Medical was founded, and before their mission of eradicating open-heart bypass surgery was realized, Professor Cees Tulleken’s dedication to his profession as a neurosurgeon led to his invention of a groundbreaking technique for brain bypass surgery. This is called the ELANA technique – Excimer Laser Assisted Non-Occlusive Anastomosis. Rutger Tulleken describes the work of his father and how they came to collaborate.

Rutger: “My father was one of those surgeons, when nobody wanted to try it, he did it. He was the perfect vascular brain surgeon. In the late 80s and early 90s, he had a group of patients that needed a brain bypass, which was very risky and only successful in a small percentage of cases. So, he thought, ‘How can I make a bypass in the brain?’ There are two rules to this surgery, you only have a very small space, and you cannot stop the blood flow, even for a second. He developed a new technology for this, which was so successful that from the ‘90s hospitals worldwide began sending patients to the University Medical Centre Utrecht (UMCU) (Netherlands), which of course was costing a lot of money. By ‘04-‘05 there were 50-60 patients a year, with research going on too. The money came from private donations, along with a large amount from the hospital.”

“My father was one of those surgeons, when nobody wanted to try it, he did it. He was the perfect vascular brain surgeon.”

R: “I didn’t always understand what he was doing. But it was simple, he was performing a bypass in the brain and it was saving people, often who had a big aneurism, for which there was no other solution. In ’99 my mother died, and it was quite ironic that his wife and my mother died while he was saving people. I decided then that I would help my father. I told the people who were already donating that we must make a company, or we will keep losing money. In 2004 we founded ELANA B.V., and from 2005-2010 we worked towards bringing our devices for neurosurgery to the market.”

From the brain to the heart: AMT Medical is focused on development of the ELANA Heart Bypass.

During Rutger Tulleken’s early career he founded many companies, before later focusing on helping companies in trouble. This commercial career-path appeared at first to go against the strict scientific principles that his father stood for. However, when the time came to help his father, Rutger’s commercial background became the perfect complement to Professor Tulleken’s scientific expertise. ELANA B.V.’s commercial development of surgical devices has allowed Prof. Tulleken’s brain bypass technique to be taught and performed around the world. Next up, AMT Medical’s adaptation for the heart-bypass.

R: “We have a close family, but the only thing I could not talk about with my father was that I am commercial, he is scientific – that was two different worlds. In the ‘90s I always said, ‘You must gain a patent and make a company’, and he said, ‘No, I do this for scientific reasons and not for the money’. Finally, he realized the value in the commercial side, so for that the reason we became a lot closer.

“I never envisaged our paths crossing like this. Of course, I promised my mother to help my father with his projects. When I saw the first patient, the wife of two children, this reminded me of her. I really thought, ‘Okay, I have to help now. This is my moment for giving back to the world’. I thought it was short term, but it was 6 years then, now 3 years again since 2017.”

United with a common goal

Developing products for the ELANA Heart Bypass required redevelopment of the existing devices used for ELANA brain surgery. As Rutger explains, this led to the founding of AMT Medical in 2017: “We did not redesign the technology or the procedure, but the products, for the different flow and different size of blood vessels. We did that with ELANA B.V. between 2010-2015. I left the company during this time, but some internal disagreements led me to take over the company again in 2015, but this time I bought only the heart side. Then I started AMT Medical two years later in 2017, and now we’re in 2020 and will operate on the first patients next year.”

Today AMT Medical is a company with a unified culture, where all employees share the clear common goal: to eradicate open-heart surgeries. As Getlin Visser, describes, after she joined AMT Medical earlier this year, establishing the motivation of her colleagues was an essential first step in her role as Chief Strategic Officer.

Getlin: “The base, and key success of AMT Medical, is in the people. So, the first thing I did was interview all employees about their motivation. So, why do they work for AMT? If you dig a little deeper on what is the drive, mission and vision, everybody had the same. We want to bypass open heart surgery, this opening of the chest. Everyone has people in their direct environment who have experienced this and its enormous burden, especially after operations. It became very clear that the drive in the company is on getting patients home ASAP, so they can pick up their own life again.”

R: “It is quite a rewarding culture. I will give an example: usually, when there’s money in a company everyone is looking at that saying, ‘can I get some?’  But in our company when a PHD gets some money, they could raise the salary, but they only think about, you know, ‘I could buy this machine!’ The passion is completely different from the outside world and commercial world from my experience.  So, it is rewarding. I don’t think I realize it too much. But when I do, I think it’s great.”

G: “We also have quite a diverse team, we still have the professor and engineers who were part of the whole innovation from the early beginning, the oldest engineer is 82! And we also have a very young mechanical engineer who is 23. So, it is a very nice, diverse group.”

“When you talk to surgeons, they all want to join this, because they think [the ELANA Heart Bypass] could change the world”

A dynamic and diverse team, AMT Medical have found unprecedented success with their funding applications, in collaboration with Catalyze. For Catalyze, this has been a very special and fruitful partnership towards writing winning funding applications. AMT Medical recently pulled of the incredible feat of securing five out of five grant awards in programs such as Eurostars, MIT R&D. This has funded their ongoing work, which today includes close collaboration with St. Antonius Hospital (Utrecht), and ongoing research at UMCU.

G: “Our work is such a close cooperation with physicians, at Charite, Deutsches Herzzentrum, Berlin and at St. Antonius in Utrecht. It’s almost on a daily basis, it is such a strong partnership.”

R: “I think we are the first clients of Catalyze, I know Peter Schoevers [Catalyze Founder and Chairman], who started 15 years ago and back then Theodoor and Jalal [Catalyze Founders and Directors] were really young. We already won some grants with them way back then. And now I think, which is very special of course, we really made a good selection of grant companies and finally came back again with Catalyze.

“We thought okay, we’re going to apply for five. We thought we would get one or two, but we got them all! It was quite special. And I always thought until 2 months ago that a lot of companies get a lot of grants, but I heard this is actually quite unique.”

After finding success in a number of grant programs, AMT are now able to fund a variety of projects, such as the development of artificial blood vessels, which will eliminate the need for a donor vessel to be taken from the leg of patients, and a training platform for surgeons to learn the ELANA Heart Bypass. Moving forward, they continue in their sole focus: minimally invasive heart bypass. In the coming years they are applying for certification that will allow use of their devices in Europe and the US, but next year they will already operate on the first patients in the Netherlands. 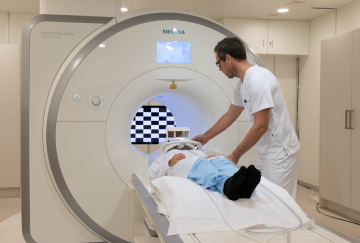