We met with Dean O’Connor, CEO of NanoSUN, to discuss their €2.5 million award from the EIC Accelerator for ‘MOBHYLE: Best-in-class low-cost mobile hydrogen refueller for a zero-emission transportation sector.’ Catalyze supported NanoSUN in their successful (re)submission to the EIC and we continue to support the administration of MOBHYLE through our Project Management Service.

“[The EIC Accelerator] win helps us to cross the valley of death between a great idea and commercial adoption, hopefully, much faster. The funding gives us more control over the pace at which it happens, because we can now afford to build the equipment set to drive it ourselves.” – Dean O’Connor, NanoSUN CEO

Hydrogen for a zero-emissions automotive industry

In the transition towards achieving zero emissions in the automotive industry, two promising technologies are battery-electric drive chains and hydrogen fuel cells. However, for the network of heavy-duty vehicles motoring across Europe and beyond, the superior energy density of hydrogen fuel cells makes them a more compelling solution. Heavy-duty vehicles are an impactful target for widespread hydrogen fuel cell implementation, because despite accounting for less than 2% of all vehicles on EU roads, they contribute over 25% of all greenhouse gas emissions from domestic transport.

Until now, the major obstacle to wider implementation of hydrogen fuel cells in heavy-duty vehicles has been the high cost associated with operating complex refuelling infrastructures. Currently, there are ~140 refuelling stations across Europe, with most functioning as small-scale hydrogen production plants, manufacturing hydrogen using electricity off the grid. These plants are expensive: >€1m for installations suitable for refuelling heavy-duty vehicles at 350 bars, and €2m-€3m for installations suitable for refuelling cars at a higher 700 bars. Consequently, existing hydrogen refuelling stations are neither easily scalable nor affordable solutions for the roll-out of a hydrogen-friendly infrastructure. Creating mobile, cost-effective and scalable solutions to hydrogen refuelling is thus an important step forward.

NanoSUN have a bold vision for hydrogen to become the major energy vector in a decarbonized world. With their PioneerTM Hydrogen Refuelling Station, NanoSUN address the obstacles of existing complex and costly refuelling infrastructures, and in doing so, bridge the gap between hydrogen supply and the needs of hydrogen fuel cell users. PioneerTM Station capabilities include a 430kg capacity, 450 bars stored pressure, a remote operating timespan of up to 30 days and around 0.5-1kg/min refuel rate, equating to ~10-20min for a typical bus refuel. Although containing a limited capacity, the PioneerTM Station goes beyond current state-of-the-art as a mobile hydrogen refuelling station, while eliminating key sources of failure in Hydrogen Refuelling Stations, such as on-board compressors. This has allowed NanoSUN to create a safer, simpler to use fuelling system. The PioneerTM Station also reaches economic viability on much smaller fleets; as few as 5-10 buses or trucks.

While decarbonization was already gaining speed prior to the pandemic, the new global landscape has fanned the flames surrounding hydrogen. As Dean O’Connor explained, the pandemic was an inflection point, with governments spurred on by the clear differences in air quality and emissions caused by decreased industrial operations and transport.

“Governments, I believe, started to see hydrogen as a real driver of economic restart post COVID. We have actually seen a tremendous level of new emphasis, new momentum, and new focus on hydrogen, driven by a desire to stimulate the energy transition.

Dean continued, “As we emerged from the first phase of lockdown, there was a collective holding of breath. Then, suddenly, a lot of projects started to get the green light, mostly related to decarbonizing industry and transport.”

When NanoSUN started, they looked to smaller scale applications for hydrogen in transport, carrying out work on hydrogen fuelled drones, bicycles, and personal mobility. Eventually, evolving demands for hydrogen fuel led them to the automotive industry. Since the summer of 2020, Dean described a significant change in the scale of the applications being awarded funding. The greater emphasis on automotive hydrogen fuel cells from subsidy programs appears to mirror manufacturers burgeoning interest.

Dean described the changes he has witnessed, “There were already half a dozen car manufacturers, a number of truck manufacturers, and many bus manufacturers that were serious about hydrogen. But I think we have seen a doubling down of that interest and many of these manufacturers have really stepped-up development activities.”

Executing their vision, and current progress

After their EIC Accelerator success, NanoSUN hold a strong position and possess the resources to further develop their innovative solution for hydrogen refuelling. They have recently completed the build of the minimum viable product, a fully functional, prototype PioneerTM Hydrogen Refuelling Station (pictured below), capable of storing hydrogen gas at 350 bars. This product will allow them to perform demos, with filling pressure of around 300 bars.

Dean explained their work in hydrogen refuelling so far, “We’ve been developing an alternative approach to enable faster adoption of hydrogen refuelling for the automotive industry. For the last ~18 months, we have been working in this area, initially sponsored by Shell, and we also secured some funding from the UK Government to help us with building the first prototype.”

With the EIC award, NanoSUN can now fast-track aspects of their mission in hydrogen fuelling, as they now have funds available to prebuild equipment ahead of the commercial demand. This will allow them to carry out field trials and demos, ensuring broader engagement with customers.

“With the funding from the EIC we will prebuild an equipment set, such that we can take it to any hydrogen source and use it as a base to fill our PioneerTM Stations. This will allow us to carry out demos in places we might not have been able to before, and certainly much, much faster than we could have without the EIC.”

Discovering the EIC Accelerator program and connecting with Catalyze

“The starting point was when we were contacted by Fosca from Catalyze Business Development (Agri-, Food and Bioeconomy). Up until that point, we had literally never heard of EIC. The consultant provided us with the framework for the application, and we essentially wrote into that framework, which she corrected, edited, and guided us from.”

Dean went on to share a piece of advice for prospective applicants:

“The merits of working with somebody who’s walked this road before are really strong. The way that we collaborated with Catalyze was slightly unconventional, in that the consultants provided us with structure, feedback, and process support, but we did a lot of the writing ourselves. And it worked well. The value of having a guide during the application process is really high.”

In NanoSUN’s successful EIC Accelerator round there were over 4000 applicants, with just 135 finalists presenting to the EIC panel. We asked Dean to describe the moment when NanoSUN was notified of their win.

“The first reaction is kind of relief, believe it or not? And then, of course, it’s immediately followed by elation. It’s an execution challenge now, rather than a bunch of other challenges that we had before. So, it’s tremendously exciting.”

The impact of winning the EIC is huge. As Dean emphasized, the award frees up NanoSUN to progress their mission in hydrogen fuelling from both technical and commercial fronts:

“First of all, it accelerates our technical development pathway. There is incremental development, including upgrading the pressure onboard, which is an important next step in terms of the product evolution. The EIC enables us to do that faster than we might have otherwise. Equally importantly, it’s a vehicle for us to accelerate commercial progress.

“Because of this, it helps us to cross the valley of death between a great idea and commercial adoption, hopefully, much faster. The funding gives us more control over the pace at which it happens, because we can now afford to build the equipment set to drive it ourselves.”

To conclude our interview with Dean, we asked how he felt overall with the support he has received from Catalyze. In addition to providing funding application support for both the first submission, and the resubmission, Catalyze continues its partnership with NanoSUN through the provision of comprehensive project management support of the MOBHYLE project.

Dean described the experience so far, “We are extremely happy. We never would have found the competition without Catalyze. We certainly would have never written as good quality an application. I think that we wouldn’t have done the quality of revisions that we did. And frankly, we’re happy enough that we’ve committed to Catalyze to help us managing the administration of the project as well.”

Catalyze was thrilled at the success of NanoSUN’s MOBHYLE project, which will make major steps towards making large-scale hydrogen fuel production more economically viable. We look forward to our continuing partnership with NanoSUN, as our Project Management team work to ensure the smooth operation of MOBHYLE.

Learn about our Reviews and Resubmissions Service

Learn about our Project Management services

How can we help you on your innovation journey? Contact our Green & Sustainable Innovation experts. 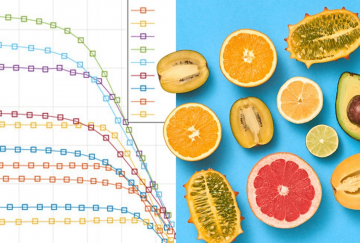 Vertigo Technologies, together with Datamole (CZ) and Packman (ZA) join forces for the FreshAID project, aimed at ...

We speak with Dr. Patrick Rühs, Head of Science at Planted Foods, about their new Eurostars project, which won ...

Liquidseal have developed an innovative bio-coating technology to extend the shelf-life of perishable products. ...