Stroke prevention starts at the touch of your fingertips

Following their success in securing an SME Instrument Phase II grant, Dr. Thomas Huebner sat down with us to tell us the story of how Preventicus and Health Tech are enabling us, and our doctors, with greater power over our healthcare decisions, and the impact that working with Catalyze had on getting their innovative managed care concept out to the market.

Stroke is a major disease that affects the ability of blood vessels to carry oxygen to the brain due to clotting and ruptures. According to the World Health Organization, strokes are globally the second- leading cause of death and the leading cause of complex disability in adults. In Europe, estimates predict that over the next 15 years we will see an increase of 35% of stroke cases due to larger ageing populations. While death rates have been in decline, the costs of caring for stroke survivors is rising due the average lifespan rates rising.

There are two major risk factors of stroke: Hypertension or high blood pressure, and undetected atrial fibrillation, or AF. Approximately one-third of all stroke cases are linked to complications from atrial fibrillation. Atrial fibrillation is not a permanent condition, it comes and goes, and in 50% of the cases you don’t feel anything, and in some cases you only have some accelerated heart rhythm. Due to this unpredictability, it’s highly difficult to diagnose on time.

Yet there is hope, because when atrial fibrillation is diagnosed it can be very effectively treated by using anti-coagulant drugs, which thin the blood and prevent the creation of blood clots. Up to 80% of these strokes are avoidable with early and efficient detection. With the widespread use of smartphones, they have become an easy way to detect heart rate by using the phone camera. However, while the first applications came on the market several years ago measured heart rate, they didn’t measure heart rhythm.

How it all started

“I am in the cardiology business for many years so I was aware of this issue of how to find atrial fibrillation in the large population. So I saw an opportunity. We started to use a smartphone application to record heart rhythm frequently to detect AF as accurate as an ECG. Nowadays this has evolved to a managed care program,” said Huebner.

Preventicus takes aim at stroke prevention by creating software for smartphones and smartwatches that keep track of the irregular heartbeats that are a red flag for atrial fibrillation. Yet when they first began, selling the program as a screening alone wasn’t enough.

“When we tried to sell only the screening to insurances, it failed. Doctors in standard care did not know what to do with the patients who were identified from the screening. By standard care they could only offer a 24-hour ECG in most cases, but that is only in 25% able to confirm sporadic (paroxysmal) AF.”

While these initial screenings were a vital start, they weren’t quite enough because even when you capture the atrial fibrillation with the camera on your smartphone, or with a smartwatch, it isn’t sufficient information for doctors to make accurate diagnosis, let alone treatment plans. Once Preventicus came into full effect as a full-scale managed care program, they combined screening with smartphones, verification of suspicious findings by a Telecare service, guiding the patients to the closest cardiologist with a 14d ECG patch (to confirm AF with a much higher yield compared to the 24h Holter-ECG in standard care).

“Many people speak about prevention, but not many companies can make it as precise as we do. One part is to then screen for AF, and another part is to confirm AF with a continuous, multi- channel ECG on the chest wall for up to 14 days. For treatment you need as well the quantification of AF, how often the episodes occur, and how long they last.” Dr. Huebner goes on to explain, “The smartphone application takes the pulse waves, the data is uploaded to us and we process it. The smartwatch application works in the same way.”

Their core technology captures pulse waves with smartphone or wearables and analyzes it as accurately as an ECG. It is certified as a medical device class IIa, proven in large international clinical trials. This technology is the basis for the Preventicus business model, and they are, quite significantly, specialized as a certified medical device manufacturer, ISO 13485.

“In the early days we had a few people who did the programming, half of them did some quality checks, etcetera…but nowadays we have almost one test and quality assurance people per programmer, dedicated to all documentation and making everything according to ISO standards, the whole company works according to those standards.”

“Thanks to you and your network, you brought together fantastic people!”

Much of the investment into Preventicus goes towards clinical validation progress, and the company has seen a remarkable impact since they were awarded the SME Instrument Phase 2 grant. This impact has been felt not only their business expansion and hiring, but in becoming more reputable and gaining strategic connections around the European Union. The funding has been far more impactful beyond the money, and with the commitment from Horizon 2020 access to experts and the acceleration of business strategies has become a reality. Collaborating with Catalyze, Dr. Huebner also noted, was instrumental in achieving their success with SME Instrument Phase II and Eurostars, “Thanks to you and your network, you brought together fantastic people!”

Finally, and quite notably, with the advantages of placing a Horizon 2020 grant, Preventicus is now more able to enter the “more attractive” German public health insurance market. Initially working with private insurance, the company is angling to reach a broader population. With over a hundred insurance companies in Germany, there are only 7-8 million privately insured individuals, while 72 million Germans are covered under public agencies.

“It’s an absolutely prestigious project, and allows me to have a very good connection to the AF key opinion leaders in Europe.”

Whether you’re in the early stage or if you’ve already had proposals- get in touch with our funding team. We make sure you get the best deal.

Read how to draft the perfect proposal to increase your funding chances. 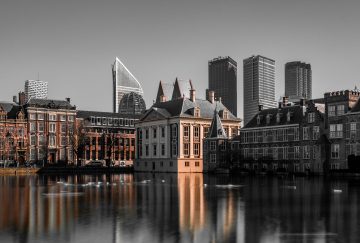 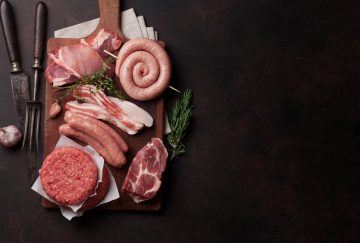